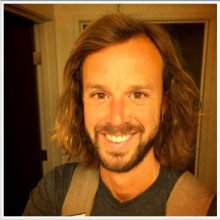 Steven Morgan has worked in peer support for twelve years. He was originally trained as a Georgia Certified Peer Specialist and worked in traditional service agencies, where he became intimately familiar with the difficulties of practicing peer support within a medical model. This led to an interest in developing alternative supports, so in Vermont he helped create a peer-run respite, was Executive Director for four years of a peer-run agency called Another Way, and finally became project developer for Soteria-Vermont. Steven has provided many trainings in systems change at both a local and national level, and has served on several Boards of Directors for peer support organizations.

In 2013, he joined Intentional Peer Support as a lead trainer and Operations Manager with a passion for creating instruments of social change, a love of organizational development, and a belief in the transformative power of community. On full moons, he enjoys writing, playing music, woodworking, and taking long long walks.