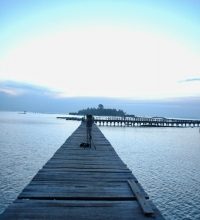 I Will Not Let My Suffering Be Wasted

I’ve been dealing with mental health issues for a very long time and I’ve also been in the punk rock scene in Boston and around the world. I’ve been very active over the years. My community was not very supportive of me when I was struggling. I was certainly stigmatized and I did not realize I could manage myself better.

I was a person who – yes, I had a role in the punk world, had a fanzine, and was organizing shows and playing in bands – but it took me many years after I began my recovery to understand that those experiences kept me alive and taught me many of the skills I needed to be successful.

There was many times that I wanted to give up. Obstacles were tremendous. I had to just keep on course to try to make my life better. Ultimately, I’ve turned it into a wonderful turnaround for myself. I don’t want to see other people suffer as much as I did.

I grew up in a middle-to-upper class Jewish family. I was hospitalized for the first time in 1988. I was told I was psychotic and I was put into a residential treatment program for adolescents. I came from a fairly comfortable life and I was really forced into a community of people who had much less. At first, it was really difficult for me. But ultimately, they became my people. My family and myself became more estranged over the years.

I got into punk rock. The punk rock world just let me be sick and let me use drugs and be reckless. I lived in squalor for years and didn’t know about government benefits. My family kept me on a string. I lived in poverty, in homes with no electricity and with bugs. I was living with mostly dysfunctional people, which just resulted in more dysfunction for me. I lived that life of being chronically ill for years and decades, dealing with the police and drugs and getting in fights and living with people who were dangerous.

I was able to recognize that my community was very unsupportive to the degree of guiding me away from taking help or getting medication.

Punk rock was one of the only constants I had that kept me alive even though it was dreadful for me. The community has a lot of people who are self-medicating, living recklessly, and not taking care of themselves.

I come across a lot of people who are facing being alienated from their peers. It’s quite a personal emotional conflict. How do you negotiate a relationship when you’re trying to move forward and the people you’re closest to are trying to hold you back?

I’m now viewed as a person who’s survived it all and is coming back to the community. I was very publicly ill. People know I come from that and I think I’m a bit of an authority on the topic – not that I like the word authority, but I’m an expert.

In those early days, I was facing dreadful obstacles. I really wanted to make my life better and nobody believed I could except for the people I met when I started getting services again.

I went out and got help from the Massachusetts Rehabilitation Commission. I started to meet people who were actively living with mental illness and managing substance issues and I wanted that. I wanted to be better. I took it by the horns and never let it go.

Now, I have really developed a life for myself out of the ashes of nothing. I have not stopped for a split second fighting for my recovery, my better life, and a better day.

I’m talking about my own story and how I ultimately got myself to be well. I work professionally as a peer mental health counselor and I’m respected by my clients. Most people who knew me knew I was in a very dark place. I was very ill and very dysfunctional. I’m really happy with who I’ve become.

That’s a story people want to hear. They benefit from hearing a remarkable story about coming from the worst of possible situations and turning things around.

Nobody helped me when I was living in hell for years on end. I was left to rot and I will not stand by and let other people go through what I went through. I will not let my suffering be wasted.

I’m grateful for everything that happened. I would not change a thing. I talk about some really terrible stuff when I present in different cities. I’m here for a reason and I survived all this and there must be some purpose for me.

And not only am I helping myself, I’m going beyond. I graduated with my associate’s degree in Human Services. I’m living a dream. I’ve gone from living in squalor and hell and ultimately here I am helping other people do the same thing. I love my life. That book is written [based] on personal experience. When a person reads that book, it’s like they are sitting there talking to me.

The book will help any person, whether they have a mental health issue or addictions issue, be able to identify what’s going on and make a decision.

The main message is: whatever goes on during your daily life, you have a choice to make. Regardless of mental health condition, addiction issues, past life history or current situation, we have the opportunity to [choose] how we address the stress and the crisis. Your life [can] become happier and healthier, with more stability, more wellness and more peace.

Craig Lewis works as a peer mental health counselor in Boston. He also does public speaking about his recovery and life in the punk rock community. He is currently writing a recovery workbook called “Better Days.” He spoke with Kat Friedrich, CCSME’s social media and Internet marketing consultant, about the life experiences that motivated him to recover and write his book.