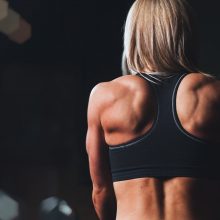 Peer services innovation is part of a SAMHSA networking grant. Our approach when we wrote the grant was specifically to network with folks who are currently working in peer support jobs but also to try to be that bridge between providers and consumers. There are some great consumer organizations in this state and we want to work in tandem and in concert with these organizations. One of our ultimate goals is to encourage providers and policymakers to create more state peer support positions.

Amistad believes peer support should be available to everyone. It shouldn’t be delivered based on whether somebody has MaineCare or not. The mental health consumer that’s struggling… many times feels marginalized because the system is set up in a fee-for-service structure. The very people we want to reach are going to be screened out due to insurance eligibility.

Peer support is… about someone who’s been there. The story I like to tell people is that I was a mental health worker for about four years and had taken people to a local psychiatric hospital and sat with them during that process of being admitted for a psychiatric emergency. I thought I knew what that process felt like. Then one day, at seven years clean and sober, I walked into a psychiatric intensive care unit and was in pajamas and did not have access to leave.

Everything I knew about mental health as a provider changed at that moment. When that door shut behind me, I knew things were radically different than what I perceived them to be as a provider. Dressed in scrubs and with no visitor’s tag, I was locked in. I will never forget the sound of that door shutting. That’s a knowledge base that cannot be learned, it can only be experienced.

That’s the magic of peer support. Peer support starts from a place with understanding, dignity and respect because we’ve been there. We know what it’s like on a level that is experiential. That offers us credibility with the very peers we are trying to help.

I continued with both my recovery and my work in the mental health/substance abuse field. In 2007, I began working at the local psychiatric hospital as a mental health tech part-time. After about a year, I got a job at Amistad as the Peer Patient Navigator. I would help members at Amistad who had physical and mental health issues access quality health care. Part of my duties included coming out to the membership as a mental health consumer.

I still worked nights and weekends as a psych tech at the hospital. There were times when I would address a patient about some issue. And sometimes I would be met with opposition by the patient. And I would hear another patient say, “Hey, that’s Mike. He works at Amistad. He’s all right.” I saw that street cred (for lack of a better term) because I identified as a consumer.

My past is not my enemy today; my experience is my strength.

I had been sober for seven years and had been doing a lot of personal recovery work and had been a mental health worker, but was suffering from depression. Really, my recovery unfolded exactly as it needed to. A lot of my feelings of despondency unfolded as a residual effect from my trauma history. I’m a trauma survivor. I thought all trauma survivors felt the way I did. The physical pain and constant sadness were just part of my lot in life, I thought.

That sadness became entrenched and I couldn’t focus. I had a series of major suicide attempts. My plan was that I wanted to make it look like an accident. Fortunately, it did not work.

The SSRIs take about four to six weeks to reach their therapeutic level. After discharge, all I could do was take my meds, lie down on the couch and cry. I would go to support groups. Once a week, I would meet with my case manager. He was just the sweetest guy. My peers supported me. I went out in the community. I met other mental health consumers.

Not only did I have internalized stigma, but I had externalized stigma. These people who I had judged so harshly – they supported me and helped me. This is not how I saw myself as a provider. I thought I was a champion of mental health consumers and their right to recovery. I thought I was this dignified mental health worker who was non-judgmental – and here were my peers telling me I did pass judgment on them. They did it in a way that was empowering and very helpful to my overall well-being.

My own consumer-phobia was much like homophobia. I didn’t have to come out professionally until I took my job at Amistad. Coming out as consumer was just as bad as coming out as a gay man in 1991. “What would people think? Would I lose my job? What about my standing in the community?” I now know that it was stepping forward and claiming my space as a consumer that would give me strength (and support) to recover.

I would say that as a community, our diversity is our strength. We need to work together even if we don’t have a common goal. We have a common good that we can strive towards. We’re all fighting for a smaller piece of the same pie financially. Nothing creates more strife than money or the threat of cuts. I used to thrive working one-on-one or in small groups. Now, my job is macro, meeting with policymakers and meeting with the community. Sometimes when I hear the strife, I hear the passion and I’m like, “I’m right there with ya.” I see people reaching past that and they’re very courageous. Our diversity is our strength.

Mike Blanchard is a Peer Services Innovator at Amistad, Inc. in Portland, Maine.
He is an experienced mental health worker and is also engaged in his own recovery.