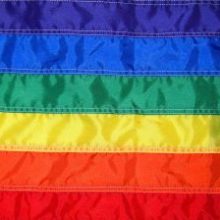 Teen suicide attempts are a serious problem in the LGBT community. Discrimination, threats, homelessness and violence can lead young people to take their lives. Athena Brewer, senior online programs manager at The Trevor Project, spoke at the Taking Science into Practice: Beyond the Basics in Suicide Prevention conference on March 21, 2013 about her organization’s heroic effort to save young people’s lives through social media.

Brewer’s presentation opened with some grim statistics. Compared to the general population, LGBT youth who are rejected by their families become 8.4 times more likely to commit suicide. Even LGBT youth whose families accept them become four times more likely to commit suicide. In contrast, young people who simply engage in same-sex experimentation but do not come out experience no change in their suicide risk.

Social rejection is one reason behind these disturbing numbers. Although only three percent of straight teenagers are homeless, around 25 percent of gay and lesbian teens lose their housing. Many of these young people are forced out of their homes because of their gender or orientation.

“We have a pandemic of homelessness,” Brewer said. “In all of our programs, we hear about youth who are being rejected by parents or being kicked out.”

Religion is sometimes a factor in families’ rejection of young people. “We do get a lot of people [whose] parents feel they’re going to hell and force them to conversion therapy,” Brewer said.

The Trevor Project currently serves over 3,000 young people each year and wants to expand its capacity. “Most of the youth we serve do come from the South and Midwest and rural areas,” Brewer said.

In areas with little community support, where can LGBT youth go to seek answers? Often, their destination is the Internet, where volunteers from The Trevor Project are waiting to assist them. The organization offers a social website called Trevorspace.org, a phone line called The Trevor Lifeline, a chat site called Trevorchat, and an e-mail response line called Ask Trevor. Program staff are also developing a new texting service called Trevortext.

Volunteers provide a listening ear for youth who are coming out, helping them find their own answers to their questions. “We help them reflect on their thinking,” Brewer said. “We don’t label people; we don’t self-disclose.”

“We can expect them to talk about abuse,” Brewer said. On rare occasions, volunteers may intervene and call a local agency if a young person is being sexually assaulted or physically attacked.

Transgender youth are particularly likely to be isolated and in physical danger. Both trans men and trans women have started coming out during high school; this is the first generation where this is happening in the United States. It can be very dangerous to come out as transgender in an intolerant environment.